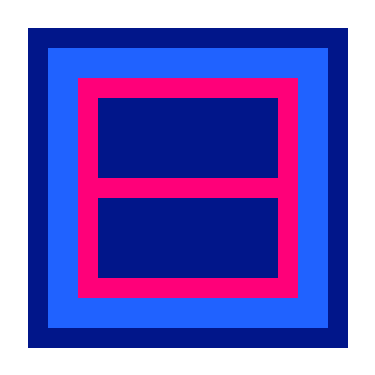 Every element of your animation has its own layer. Learn to work with layers, and all the layer properties to animate your Sketch designs.

You can move a layer by dragging it around the stage, or by changing its position from the properties panel.

One of the key concepts with layers is that they all have a background. Typically, for any content that fills the layer (e.g. images) you won’t see it, but for anything else, like text or odd shapes you will. It’s pretty easy to change the color of the background.

Since images fill their frames, you won’t see the background color.

Every layer has a border whose line is drawn its center – a 10pt line will be drawn 5pts equally outwards and inwards from the frame of the layer.

You can tweak the corner radius of borders. Any value you apply to the radius will be made equally across all corners of the layer.

You can easily adjust the opacity of a layer, which changes all the elements of that layer including its background and border.

You can flip the contents of a layer vertically and horizontally, or both.

You can easily animate the rotation of a layer. Layers will rotate around their anchor point, which by default is the center of the layer.

You can change the point around which a layer rotates by setting its anchor point.

Anchor points are measured in normalized coordinates to the width and height of a layer. The center of a layer is always {0.5, 0.5}, whereas the top-left is {0,0} and the bottom-right is {1,1}.

A lovely trick is to edit the anchor point’s keyvalue. Doing this will allow you set the point to some non-standard position so that the layer rotates around a point outside itself.

Every layer can have a shadow. Set the shadow by adjusting its color, opacity, offset and radius.

In Flow, we treat groups as a special kind of layer that has sublayers. Like any other tool on earth, press CMD+G to make a group of selected layers, or CMD+SHIFT+G to ungroup.

If you have already animated a layer, we’re going to try to preserve it’s motion after grouping.

If you move a group, the layers’ motion will appear to cascade.

If you’ve added resizing constraints to your layers in Sketch you’ll see they carry over to Flow.